Lahad Datu Flour Mill is a joint venture between the Interflour Group and Sabah Economic Development Corporation (SEDCO). Construction on a turn-key basis, commenced from October 1997 and was completed early July 1999. The mill was officially handed over on 12th July 1999 and commenced commercial production in August 1999.

Lahad Datu Flour Mill is strategically located in the South-eastern town of Lahad Datu, a rapidly developing city. The all-weather road linking Lahad Datu to all other towns in the state enables inland deliveries throughout Sabah to be made within a day. This is mill situated next to a port facilitating shipments to and from any part of the world.

The 300 metric ton per daily milling capacity flour mill is equipped with the most advance machinery and laboratory equipment and is capable of producing all types of high-quality wheat flour products including it generally recognised “Cap Rama-Rama” brand which meets the needs of all small and medium users. 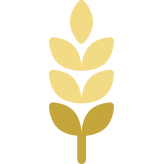